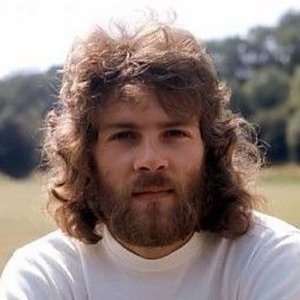 Alfie Conn was a flamboyant ball-playing forward, who was the most un-Bill Nicholson type signing you could imagine, but his brief career with Spurs made him a cult hero.

Signed from Glasgow Rangers in July 1974, he was the son of Alfie Conn senior, the Scottish international forward who played for Hearts at the same time as Dave Mackay.

Born in Edinburgh, Alfie attended Prestonpans Primary School and Preston Lodge Secondary School.  He played football at primary school, but Preston Lodge only played rugby union and Alfie went on to play stand-off for the East of Scotland Schools side.  After playing rugby on Saturday mornings, he would rush off to play football in the afternoon, as that was his favoured sport.  Playing for local sides Edina and Musselburgh Windsor,  Alfie started getting attention and it was while playing for the latter that he was spotted by Glasgow Rangers, who he supported as a boy.

Invited to start training with the ‘Gers and after a few months at the age of 15, he joined the ground-staff and winger Willie Henderson took him under his wing, trying to keep the youngster on the straight and narrow.  He progressed through the ranks to play in the Rangers side that won the 1972 European Cup Winners’ Cup and his all round play attracted Tottenham to pay £140,000 for him in 1974.  Being a player who was marked out as a “maverick”, he seemed like the sort of player who would not appeal to Nicholson’s way of setting up his team, but he had achieved success with other Scots through his career and his last signing had been a player he had been watching for a couple of years.

When Spurs were struggling against relegation, Alfie made a difference to both the team and the crowd.  When he got the ball his team-mates and the fans were sure something special was going to happen and whether that was his first three goals in a 5-2 away win against Newcastle in January 1975 or him sitting on the ball in the crucial home game – the last of the season – against Leeds United at the end of the 1974-75 campaign to try to retain Tottenham’s First Division status, there was always something to remember Alfie Conn by.  Even if it was just his long mane of hair and white shirt hanging out !!

Earned two Scottish caps while at Spurs in 1975 and was instrumental in keeping Spurs up during his time at White Hart Lane, which was not the best of times.  A controversial character, he was taken to the hearts of the Spurs crowd and his brief time at the club came to an end, when Conn became the first player after the Second World War to play for both Glasgow clubs when he left Spurs in March 1977 to go on a month’s loan, which was made permanent in early April of that year.  Alfie had to take a pay cut from £240 down to £70 to move to the Scottish club though !!

While he spent a couple of seasons at Parkhead, after that he took a nomadic career path leading to Derby, Spain, the USA and then back to Scotland with a jaunt to Blackpool in between.

After leaving the game, Alfie didn’t fancy going into coaching or management, so he went into the haulage industry then the licensed trade.  In 2008, Conn was doing shift-work as a warehouseman and courier at DX in Livingston, West Lothian.

Other articles on Alfie Conn …

By Richard Porter
By –