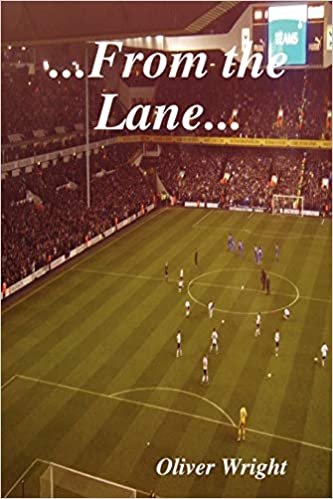 Spurs fan Oliver Wright has put together a timeline of his time as a Spurs supporter and irregular attendee over 20 years as he went from boy to man, suffering the slings and arrows of following Tottenham Hotspur.

From his first game as an eight year old going with his Dad to the current date as a married (to a Gooner) man attending games with his old mates from school, he charts some of the feelings of the joy and mainly disappointment that being a Spurs fan brings.  The fact that he attends only a certain number of games each season (some more than others) tends to detract from the overall experience, although he does state that he is not the most dedicated attendee of games – despite travelling to the Lane when a Sheffield University student.  Some match-day colour is provided, but then confusingly a section of his Spurs-supporting life goes missing when he misses 18 months of attending matches and he states that he cannot explain how this happened.  Away-day journeys, obviously, have a fuller description, as more tends to happen (off the pitch rather than on it), but sometimes Oliver does give the feelings he experiences when he is not there or on the game in general.  The Klinsmann signing, listening to matches on the radio at home in both younger and older days and his views on the money spent in achieving what Chelsea (his personal bete noire) have done in the last couple of years are examples.

There are some flashes of humour in his writing, which are welcome, with some scary moments in with the Chelsea fans and ending up in hospital the night after a Spurs game (although these are unrelated incidents), but the depth of description in some of the games attended leaves you yearning for more on what the atmosphere was like and how the game progressed.

Overall, I am not sure who the book is aimed at.  Some of the description about the match-day rituals at the Lane are preaching to the converted and the few errors/omissions will be picked up on by die-hard Spurs fans.  It is an interesting and easy read, but I feel that there could have been a bit more there to fully grip the reader in terms of his growth through the formative stages of his life and how Tottenham being in his life fully contributed to that, as you feel that although the burning desire for Spurs to do well is there, some of the passion has faded over the years.