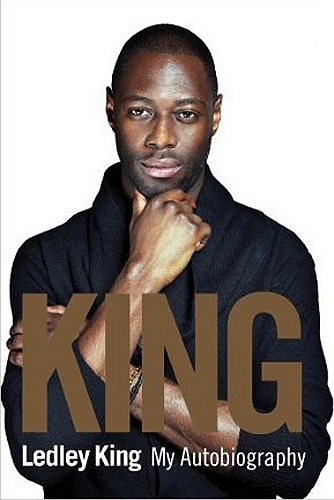 by Ledley King and Mat Snow

This book starts in a strange place.

Not at the start or end of the writer’s career, but in the middle of the Euros of 2004 in Portugal, when Ledley King has to fly home as his partner is due to give birth early.  He was not injured, but this is one lost opportunity (as well as the team losing to the home nation in the quarter final while he was away) when Ledley cold have made headway in his career.  In a way, you might have expected his story to start on a high point in his professional career, but the personal joy of the birth of his first child is offset by another set back to his progress.

It is a familiar thread through the book. As anyone who has followed his time at Tottenham will know, his performances for the club were outstanding and the revelation in this autobiography that he was never 100% fit when he played just makes you incredulous when you think what a player he could have been. Anyone who saw his tackle on Arjen Robben in a game against Chelsea at White Hart Lane in 2006 will know the quality the man possessed.

One of the finest defenders of his generation, Ledley King opens up in this book to reveal more about him than he had previously revealed in his 20 odd years with the club. His hopes, his fears and the continual search for a solution to the knee problems he suffered after playing matches. Travelling the world is an exciting part of being a footballer, but not as a health tourist, having to suffer exhausting treatments and being left to get to know the club’s medical staff perhaps better than he might have hoped to.

Ledley’s encounters with racism are shocking, despite being from unexpected sources, but he handles them with great dignity and rises above the abuse. Throughout the book, the Spurs captain’s behaviour is exemplary, but then a couple of incidents off the pitch blot that copybook and King addresses them without any attempt to cover them up.

The author is surprisingly frank in his opinions about some of the players and managers at the club during his time at the Lane. It is enlightening to hear the views of a professional on some of the players that I had seen as a fan and how different they are !!

In the end, the story comes to the crushing point of King’s retirement and the new role he has moved into, which is something he enjoys and having witnessed it at first hand, he is superb at.

While his football career may have not been completely realised, his life in the game has been notable and despite not revealing what happened between him and John Terry, when the Chelsea player was sent off at White Hart Lane in 2006 (when I have never seen Ledley as angry on a football pitch), he is often candid and open in his autobiography. His family, his friendships, his young friends and team-mates who didn’t make it and all those he played with … it has a cast of hundreds.

Written in an easy style, there is the odd error, which is more than Ledley made in his career, but it is an enlightening read and one which a Spurs fan will find interesting and provides an insight into how a career in football unfolds.